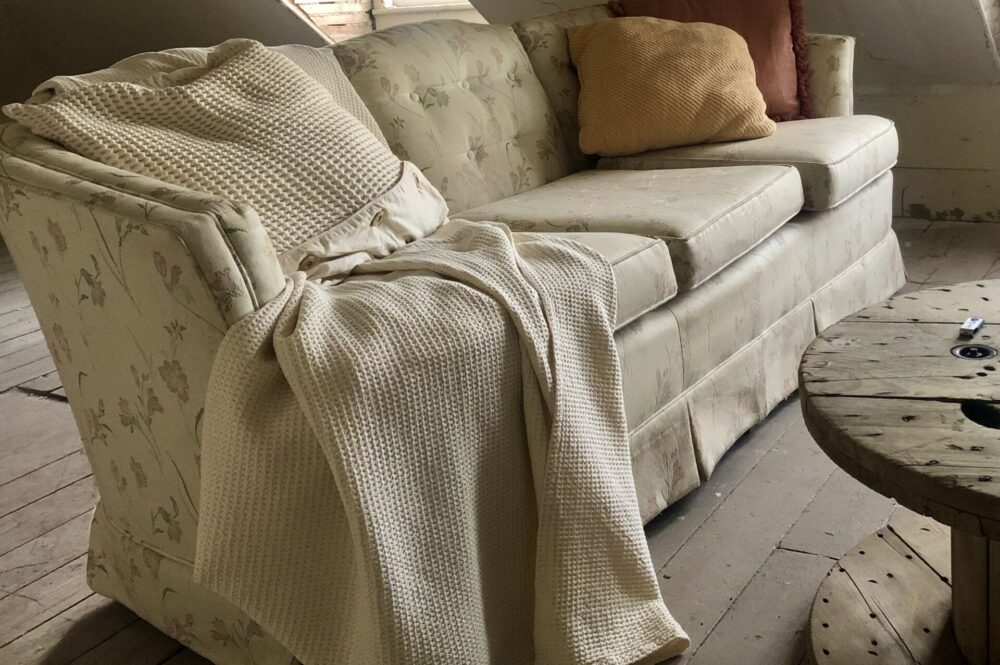 We have had such lovely sunny days and I’m so enjoying my time home at home with my boys -let me explain. My son Jan has been travelling for years now. He’s been taking his friends along with him on most of his inter-continental trips. Now with international flying at a standstill as we continue to try and flatten the curve, the boys have been left planless. Lucky for me, our home has become the meeting point of their young minds. I cannot adequately describe how happy and blessed this makes me feel! You see, I grew up in a large family of seven kids, so nothing pleases me more than having a full house : ) 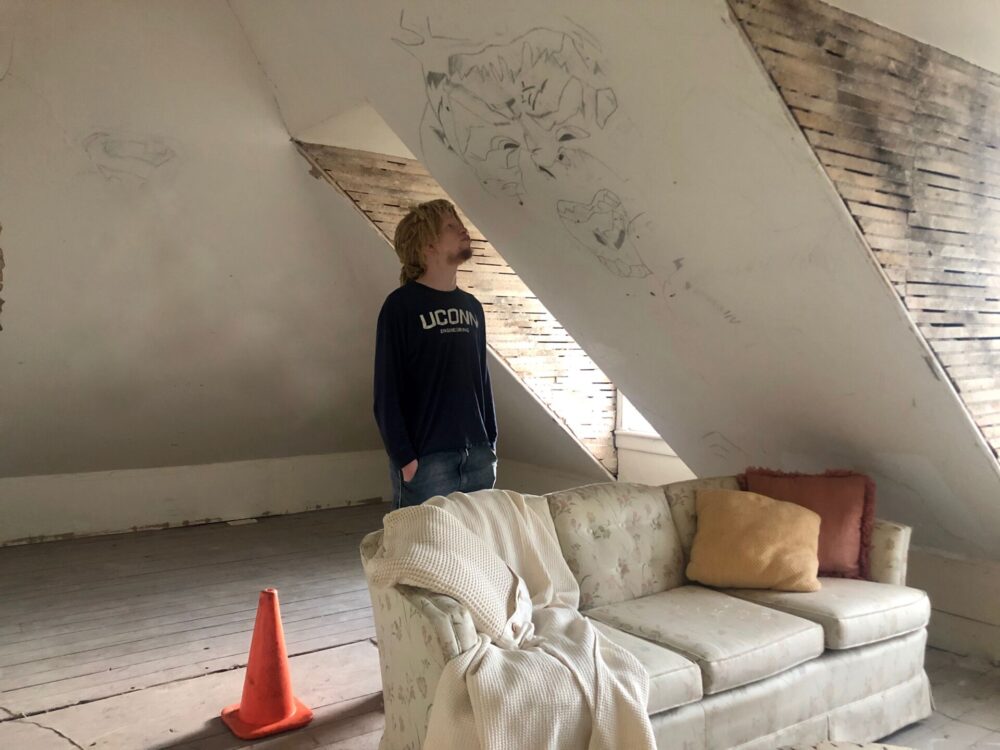 I have a lot of room upstairs in my unfinished attic. The boys, who all dabble in music, came up with the brilliant idea of turning one of the six empty rooms up there into a music recording studio. I happily got them some couches to sit on and my son sneaked in some other thrifted furniture up there to make it cozy -it appears the young lad has an eye for good interiors!! He also moved his TV and his gaming system up there. Last weekend I picked up a huge table off of Craigslist and now we have a full house up there. On any given day, you’ll find some of these young men in the studio room recording. Other times they will be sprawled on several of the couches scrolling on their phones. Sometimes they will be gaming furiously, and other times they will be seated around the large table playing an original card game created by Jan that he is testing out before he decides to make it digital. 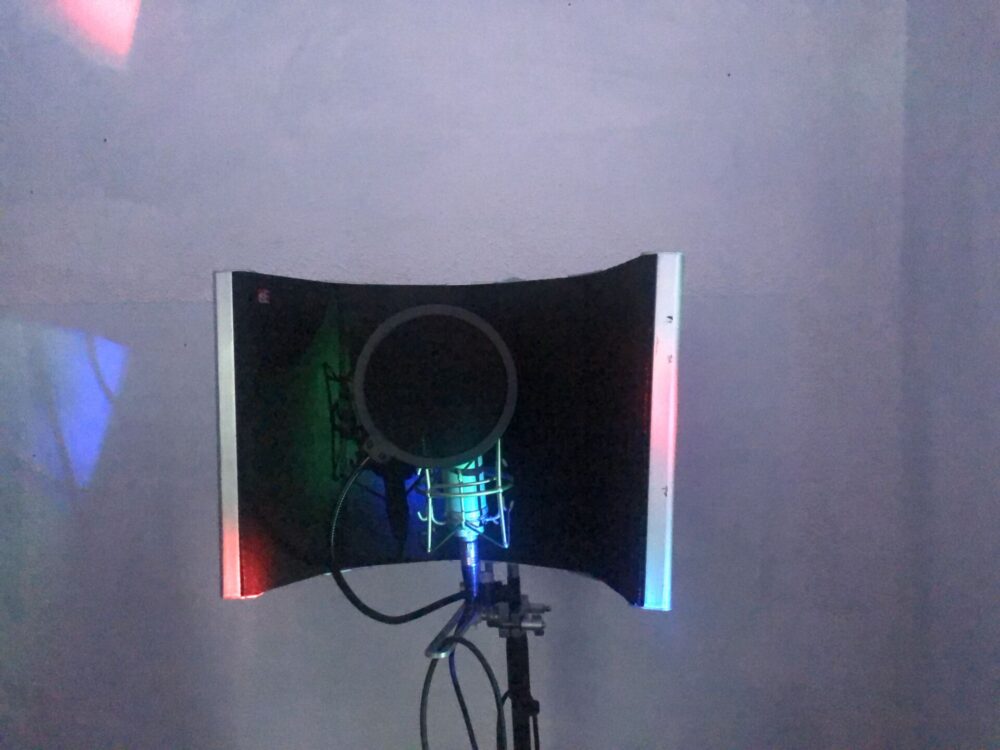 Ideally, I would like to finish the attic but that hasn’t happened yet. You see, homes on the East Coast back then were built from laths and plaster, and this went on until the 1950s when drywall/sheetrock took over in the US, 20 years after the UK had turned to plasterboards. The thing is, walls made from laths and plaster have a tendency to crack over time, which was the case for me as some parts of the sloped walls had some cracks in them and I had started to break down the cracked plaster off the walls. The idea was to buy and instal drywall, maybe also put some insulation in there too, but as you can imagine, hanging drywall is a two-person job, so I’ve left it alone for now. Notably, of all the boys that hang around, practically none of them grew up with a biological father that would have cared enough to teach them handyman skills. I can’t give them that either, so here we all are, completely clueless… 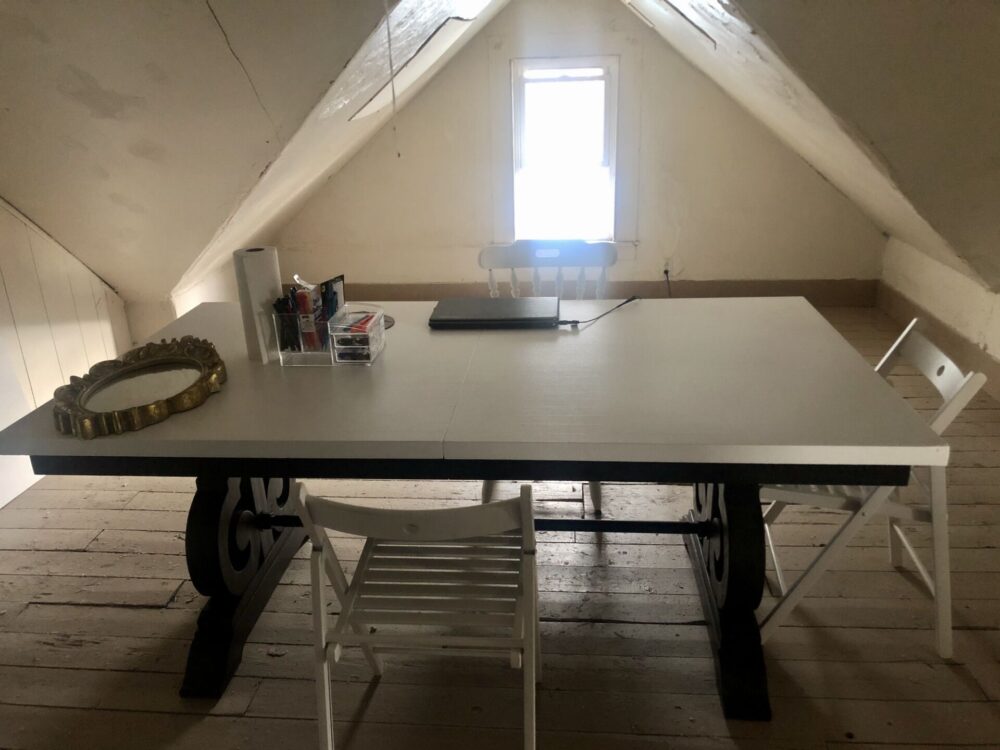 For now, we are hanging out in the attic in this industrious-looking space that gives the vibes of a factory floor with some couches thrown in. It’s stifling hot up there because it’s now summer and we have neither heat nor air conditioning. We are currently using this huge fan we have, and we also keep all the windows open for some cross-breeze. Our home is your typical New England home with sloped ceilings and gabled dormers in the attic. When I got the keys to the property right after buying it and we went to see it, we were pleasantly surprised to find such a massive attic. I remember squealing with joy, hugging and jumping about, eventually breaking into a happy dance : ) I really have always been childlike in my expression of joy or excitement : )  I still feel that joy every time I walk up the stairs and into that space -it really is a hidden gem : ) 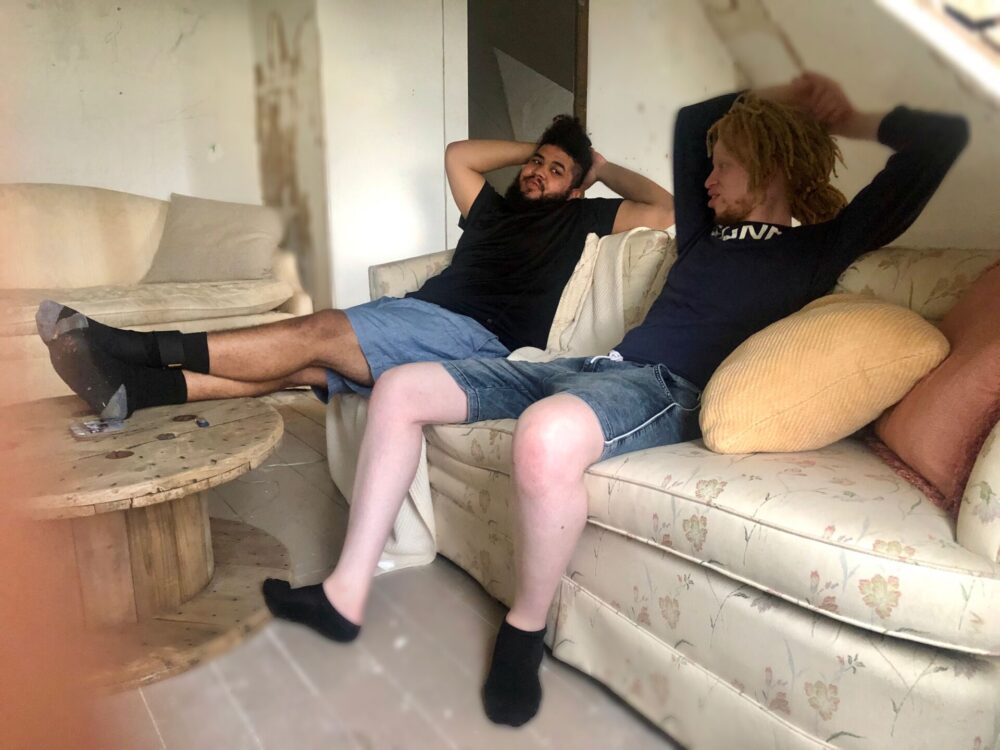 The boys have this huge ION audio speaker that keeps the music and melodious vibes going. At night, I like to plug in one of our rotating multi-colored disco ball lights and watch it light up the rooms as everyone winds down for the day. In another room, Jan and his friend Vic have started a music podcast where they intend to invite guests over to chat about alternative music. They finally got the setup right and are now preparing to bulk record a few episodes before going live at Steady Rotation Podcast. I’m super-proud of all my boys as they make their best effort in finding their footing in life at such a tender age. I’m often bemused at the thought that at their current age, I was properly married with a house to run : ) 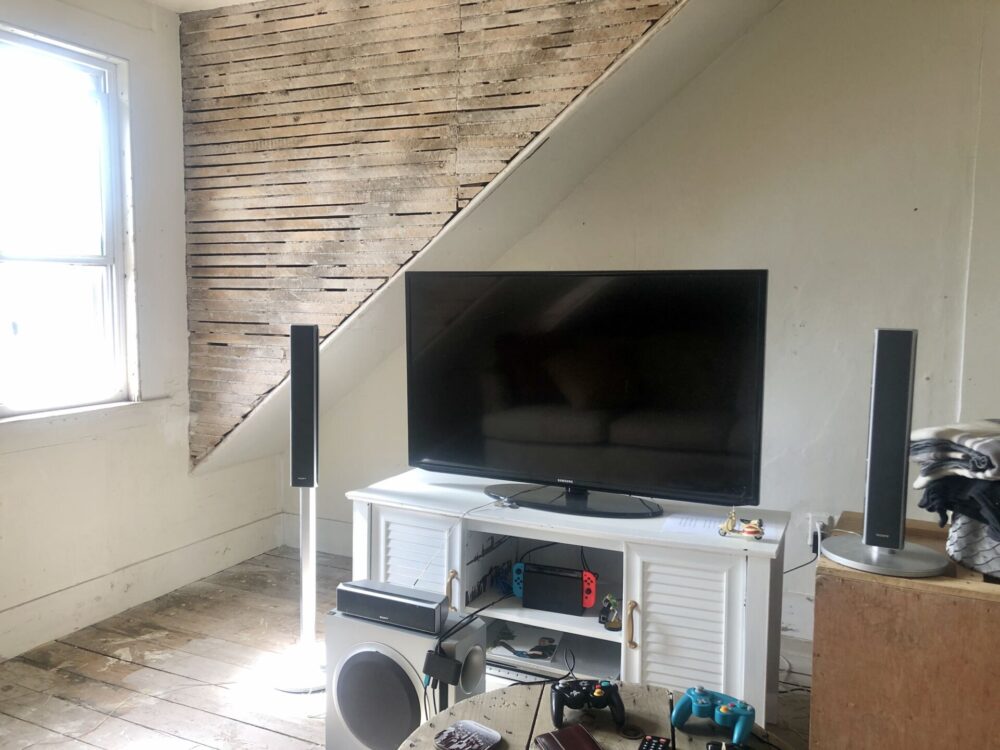 We have this ritual where I go for my evening 1 to 2-hour walk, sometimes I make them come out with me for fresh air. Then we’ll settle in for the evening and watch a movie. So far, we’ve watched the whole series of ‘The Men Who Made America’ on Amazon Prime. We’ve also watched ‘White Rage’ by Dr. Carol Anderson, and ‘White Fragility’ by Robin DiAngelo on YouTube. They introduced me to ‘Ramy’ on Hulu which I enjoyed quite a bit. And then I fell down Netflix’s ‘Money Heist’ rabbit hole and set aside 3 whole days to binge and get it over with; it was so good but I was so guilt-ridden and ashamed for having done that!! Next to watch with the boys is ‘Too Big to Fail’, ‘Smartest Guy in the Room’, and Netflix’s ‘MacDonald’s’ movie, and then we’ll see what next. Afterwards, we have an hour of Bible study and prayer where we delve into the book of Proverbs and everyone shares the revelations they received -I’ll expound in a separate blogpost. We take turns saying our prayers then disperse for the night. What more could I ask?!! My heart is full : ) 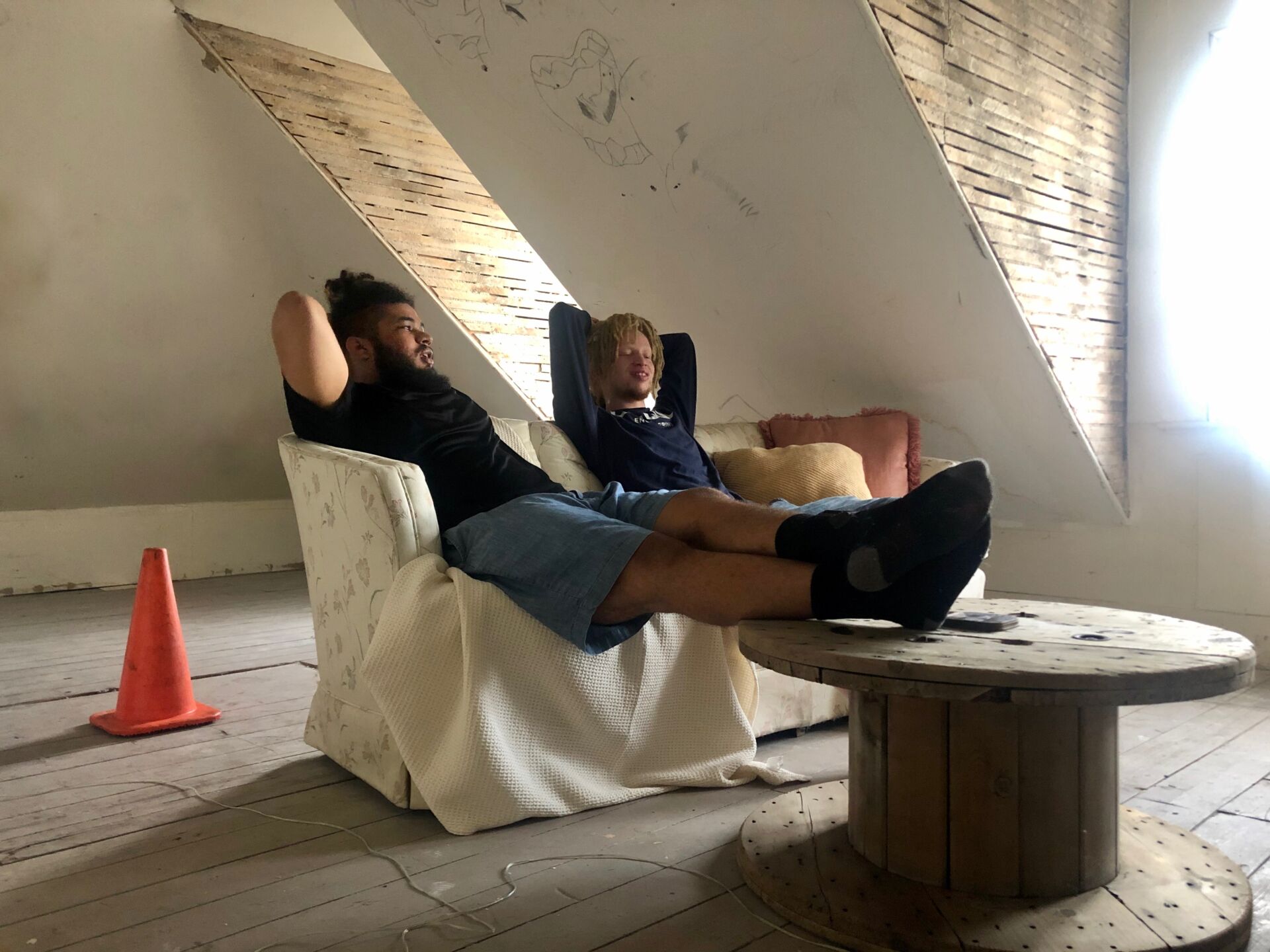 This Saturday 4th of July night will find us all up in the attic watching the fireworks display that our city has decided to go ahead with. We’re lucky in that our house is on a hill so we can view the entire skyline of our city. We’re planning on having a couple of party pizzas delivered and I’ll be buying some fizzy drinks later this week. We don’t have a full house yet as some of Jan’s friends are COVID19-shy so they are still sheltering in place. Hopefully they get to come around and join in the fun before summer is over. Here’s to wishing you all a wonderful 4th of July!!