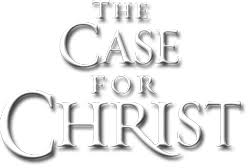 Normally, foundational classes in Christianity begin with Christ and the salvation he brings us. Rightfully so as he is the cornerstone upon which the church is built. Yet here on the blog, I left this post for later. The reason is that, for me, it was the hardest part of the God-story to believe, and the last piece of the puzzle to click into place. I’ve never disputed that there is a creator; the universe didn’t make itself. The Big Bang theory has always sounded absurd to me as I see no way where chaos randomly organize themselves into intelligent order. No one can convince me that a rock, an inanimate object, can produce living matter. The parts within my body are to intricately interwoven to keep me alive for me to believe a random rock, bang, et voilá, there we all came to be. As such, there’s never been a question on my mind about the existence of a God, a Maker, a Creator.

Christ on the other hand remained a mystery, largely due to a lack of knowledge of any existing scientific evidence about his personhood; I confess that for me, the gap was too large to bridge by faith alone. I simply believed for many years but eventually, the center couldn’t hold in the absence of firm conviction. Having a working knowledge of the other major religions of the world, the arrogance of Christianity’s claim to exclusivity never sat right with me. I couldn’t see how a religion that accounted for roughly 33% of the world’s population belief system could dismiss the other 67% as having lost their way -how could this be! I thought of innocent populations born to other religions and could not understand how they would be doomed for simply being born in regions with different religious persuasions. This skepticism eventually led to an outright rejection of not so much the existence of Christ, but rather, the exclusivity claim of him being the only way to the Father.

In our prevailing and ever-escalating political-correctness climate, how does one stand and say that one religion trumps another; that one religion is right and the rest have lost their way; that prophets of other religions were lesser than the Christ? I had read how of all the religions in the world, Christianity was the only one that shows a God reaching out to mankind; all other religions show man’s effort to reach God. This I believed made Christianity more credible, but the question of Christ’s exclusivity remained.

When I renewed my walk with God, I accepted Christ on the strength of my religious upbringing, simply because I was born into Christianity. But subconsciously, I continued to question the exclusivity clause. I confessed this lingering frustration to my Father in prayer, all the while flagrantly bypassing Christ and making my requests known directly to my Father; as if I could ever be worthy to stand before a holy God in my own capacity without any covering from the Christ –I shudder at the asininity of such a brazen display, the epitome of foolishness on my part. Mercifully, God in his compassion did not smite me dead as I would have richly deserved. By his grace, He continued to pursue me relentlessly, alluring me and drawing me to himself so he could instruct my heart in the way to go.

And so it came to be that in March of this year, I was sitting in my hotel room in Philadelphia, engaged in fasting and prayer for the day. Earlier in the same month, I had renewed my walk with the Lord in my hotel room in Amsterdam. After a session of prayer, praise and worship, I decided to watch a movie on Netflix and stumbled upon Lee Strobel’s ‘The Case for Christ’. I remembered his name from books in my earlier church days and settled for this particular movie. There was no agenda as far as I was concerned, all I was doing was watching a Christian movie. I had no idea I was about to have an encounter with God’s revelation power. Based on a true story of Strobel’s personal life as a Chicago Tribune investigative journalist, Lee chases down the biggest case in history and gives a journalist’s personal investigative account of the evidence for Jesus. Lee sets on a journey to disprove the theory of the resurrection and ends up a believer -no spoiler. 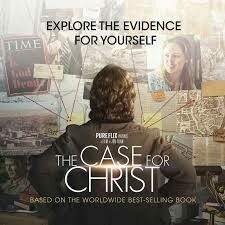 This is the entry I made in my journal on that day: “The Case for Christ, by Lee Strobel. Today Sunday Mar/24th, I watched Netflix’s ‘The Case for Christ’ and at exactly 8:50AM, I was convinced and convicted that the story of Christ did happen exactly as the Bible says it did, Christ really did die and resurrect. For Love. All for nothing but love.” In truth, this entry was an understatement. The reality is that I had rather clumsily clambered down from my bed, hot tears pouring down my cheeks. Without any warning or transition, my body was wracked with loud heavy uncontrollable sobs with both my hands atop my head, wailing and walking around my room in bewilderment, eventually falling prostrate on the carpeted floor where I dissolved in a flood of tears while unintelligibly confessing my belief in the revelation that was rapidly sinking into my mind and settling in my heart. With no effort on my part (except that I availed myself through fasting and praying), the final piece of the puzzle had slid and locked into place. And in my heart, I knew that I had finally been found by my father forever, and that I was now forever free. 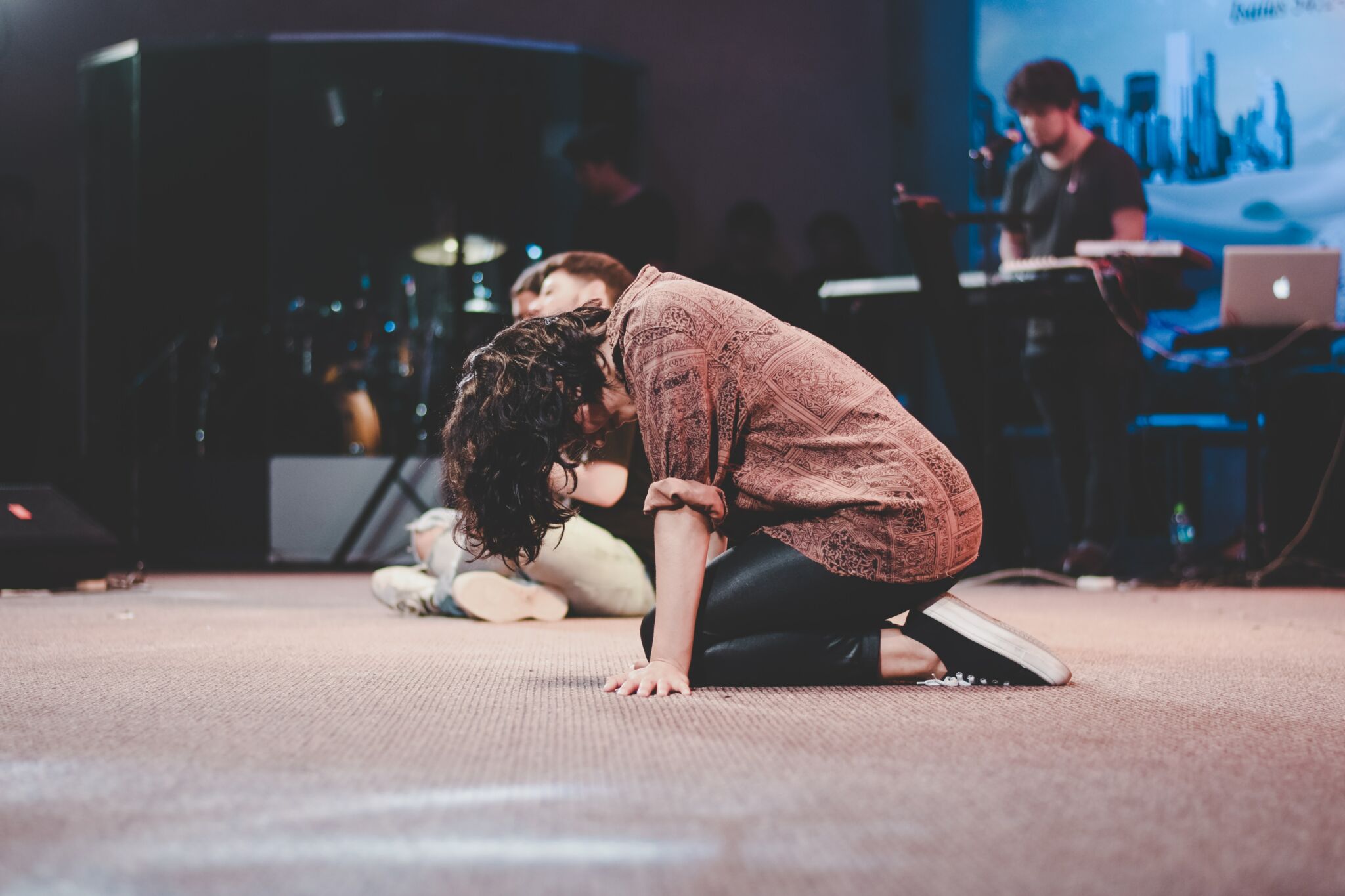 In all my Christian years, I don’t remember ever questioning the story behind the existence of Christ. It never crossed my mind that there was historical evidence of his life, let alone his resurrection. And I definitely had no idea that the entire Christian faith hinges on the resurrection of Jesus Christ. Is it that my faith did not allow it? Was it because of my Catholic upbringing? Did I lack the intelligence to question it? Or was I just not curious enough about it? How could I know so little about the personality that my whole religion and belief system was supposedly based on? Whatever the case may be, this ignorance led me to build a relationship with Christ without laying down any foundation to hold the walls up for any durable amount of time. I followed his biblical teachings and applied them best I could without ever questioning or seeking deeper understanding of who this Christ person was, only what he said and that I must believe and obey him. I am deeply embarrassed to admit that this has been the case up until this year. It’s no wonder my faith waned and I fell away for no particular or justifiable reason.

Just as a tree needs roots to help anchor it deep in the soil so it does not fall over, a Christian will need to have a solid understanding of what he believes in so he doesn’t topple over when the wind blows, “for the one who doubts is like the surf of the sea, driven and tossed about by the wind” James 1:6. We don’t want to be flung about; in fact, we are instructed to be firm in our belief in numerous verses. God’s word instructs us to “be diligent to present yourself approved to God, a worker who does not need to be ashamed, rightly dividing the word of truth” (2 Timothy 2:15), and to “always be prepared to give an answer to everyone who asks you to give the reason for the hope that you have” (1 Peter 3:15), all the while “avoiding foolish controversies and genealogies and arguments and quarrels about the law, because these are unprofitable and useless” (Titus 3:9). To those of us that believe, it’s a call we each must answer.

Of all the learning styles there are out there in the world, we each owe it to ourselves to know our style of learning. Some of us will need facts before we can believe anything. Others of us are more trusting and can take the word as it’s presented. Others of us, still, will need an actual experience in order to believe. It’s no secret the Romans were excellent record-keepers; in addition to the authors of the Bible, there are countless other historians of that time period that record the fact that Jesus of Nazareth did live, and that he walked this earth and was crucified and resurrected just like the bible says he was. No one needs to re-invent the wheel in their quest for truth as the research has already been done, but we all must be willing to follow the evidence to wherever it will lead, and then to pierce it all together as led by the spirit of God as we avail ourselves to God’s workings in our hearts. Teach me Your ways O Lord; make them known to me ~ Psalm 25:4 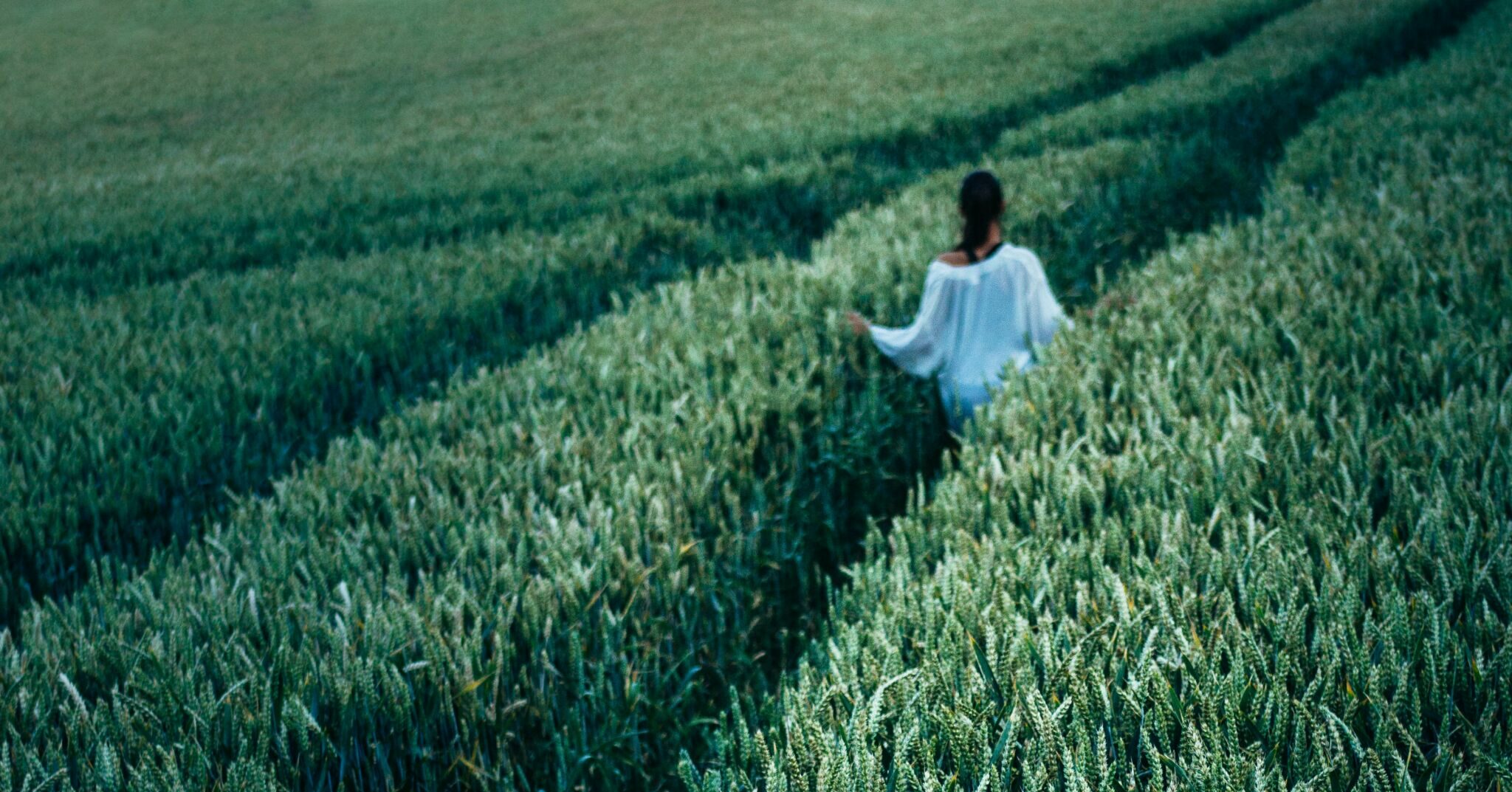 That you believe or you don’t is between you and your maker. That you grasp the weight of what transpired on that cross is a matter of revelation and faith. There are countless videos on YouTube that tell the story of the Christ, from both the Bible and from ancient scrolls; I suggest you prayerfully watch a few as God’s spirit guides you. For me, nothing and no one would have explained it to me in such a way that would have erased all doubt and questioning. God in his mercies revealed it to me and it is finally settled in my heart for eternity. I join my voice to the Psalmist in 119:89-94: Forever, O Lord, Your word is settled in heaven. Your faithfulness endures to all generations; You established the earth, and it abides. They continue this day according to Your ordinances, For all are Your servants. Unless Your law had been my delight, I would then have perished in my affliction. I will never forget Your precepts, for by them You have given me life. I am Yours, save me.

Pray with me: Father, I thank you for your love for me. I thank you for the sending your son Jesus Christ to take away my sins. I accept Christ’s sacrifice for me on the cross. I am grateful for your salvation through your son. I believe; help my unbelief. Reveal to me the mysteries of your Kingdom and the power of the resurrected Christ. In Jesus name I pray, Amen.

I have compassion for anyone who doesn’t believe, for even as a believer, I had no understanding of the truth as the bible presented it, thinking it arrogant and condescending that Christianity would make such extreme and audaciousness claims to singularity and uniqueness. Much to my chagrin, I’ll bet you that as recent as last year, I was probably on Facebook ‘liking’ posts that derided and ridiculed the Christian religion. I wouldn’t go as far as saying I was an agnostic, but there’s no doubt I was a hopelessly lost seeker. How my revelation of Christ came about was clearly one of my Father’s personalized dealings with me, because it certainly wasn’t doctrinal. For some reason, he has chosen to reveal his truths to me one way or another as long as I avail myself to him, even leaving the ninety-nine to relentlessly pursue me and bring and graft me into his loving flock. Dear Reader, I so wish the same for you, the opportunity to receive his revelations in your own unique way as God has purposed for you. Thank you for reading the Sunday blog.