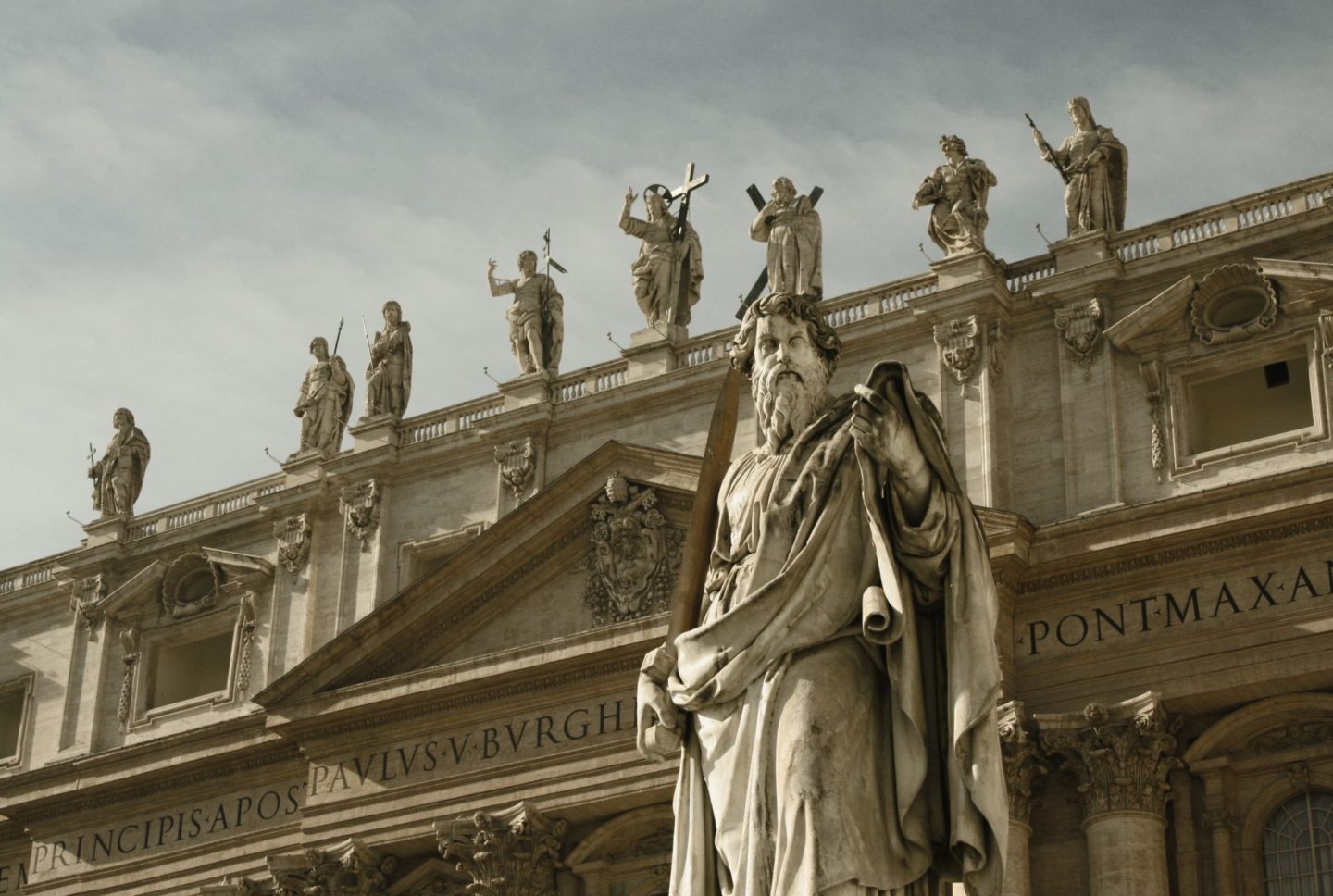 I will defend you. I will be your lawyer. I will plead your case. I will take on those battles – Jeremiah 51:36.

He fashions my hands for battle and my fingers for warfare – Psalm 144:1. I always said that the Bible is life’s instruction manual. It manages to address every conundrum faced by humanity. Through happy times and sad times, the Bible tells us how to celebrate and how to moan. It shows us how to tamper justice with mercy and compassion; how to correct and restore one another should we fall; how to deal with the betrayal of a friend; and even how to do battle. In His infinite wisdom, God understood that man in his fallen state would have to deal with conflict, and so He took it upon himself to show us how to handle all possible conflict situations. 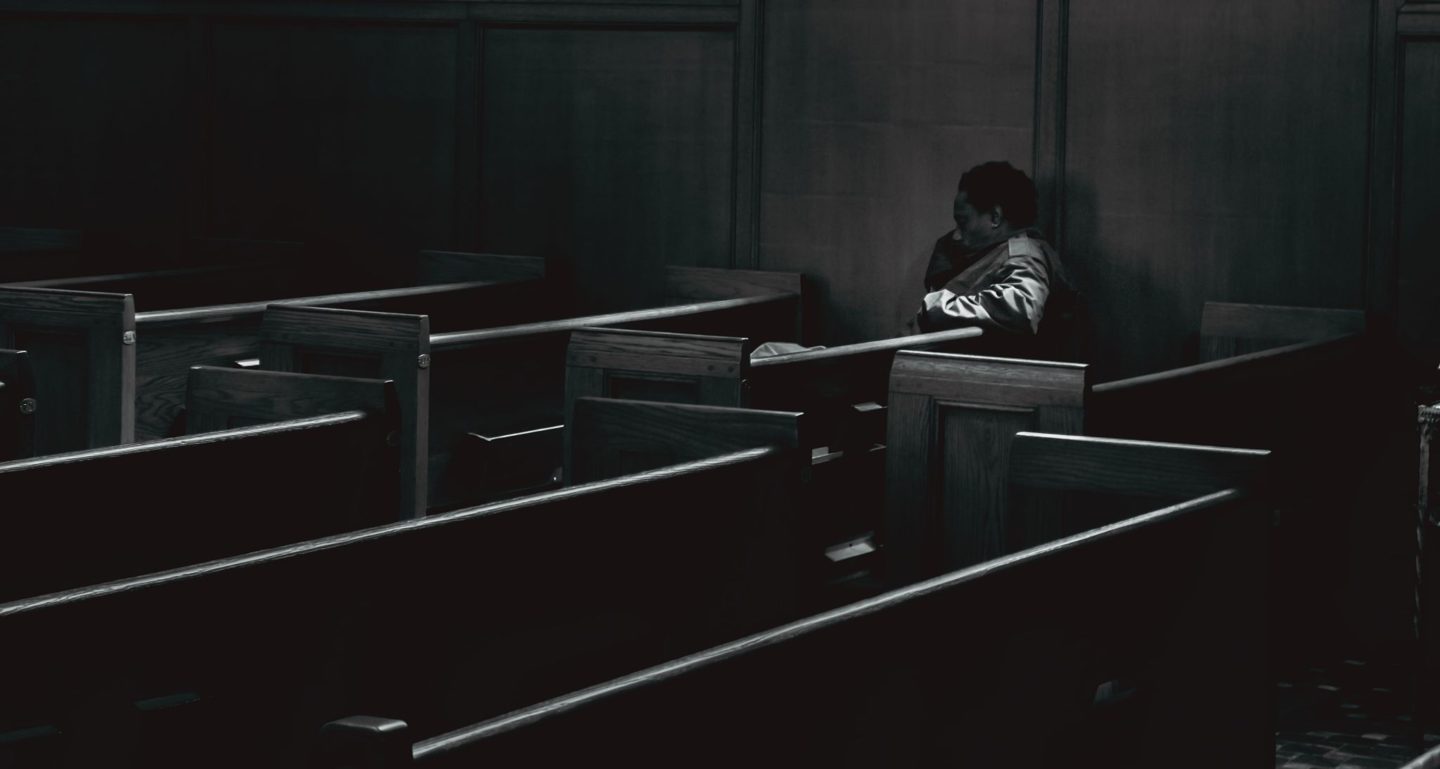 What does the Bible have to say about lawsuits, and court cases? 1 Corinthians 6:1-9 has the answer: “If any of you has a dispute with another, do you dare to take it before the ungodly for judgment instead of before the Lord’s people? Or do you not know that the Lord’s people will judge the world? And if you are to judge the world, are you not competent to judge trivial cases? Do you not know that we will judge angels? How much more the things of this life! Therefore, if you have disputes about such matters, do you ask for a ruling from those whose way of life is scorned in the church? I say this to shame you. Is it possible that there is nobody among you wise enough to judge a dispute between believers? But instead, one brother takes another to court—and this in front of unbelievers! The very fact that you have lawsuits among you means you have been completely defeated already. Why not rather be wronged? Why not rather be cheated? Instead, you yourselves cheat and do wrong, and you do this to your brothers and sisters! Or do you not know that wrongdoers will not inherit the kingdom of God?” 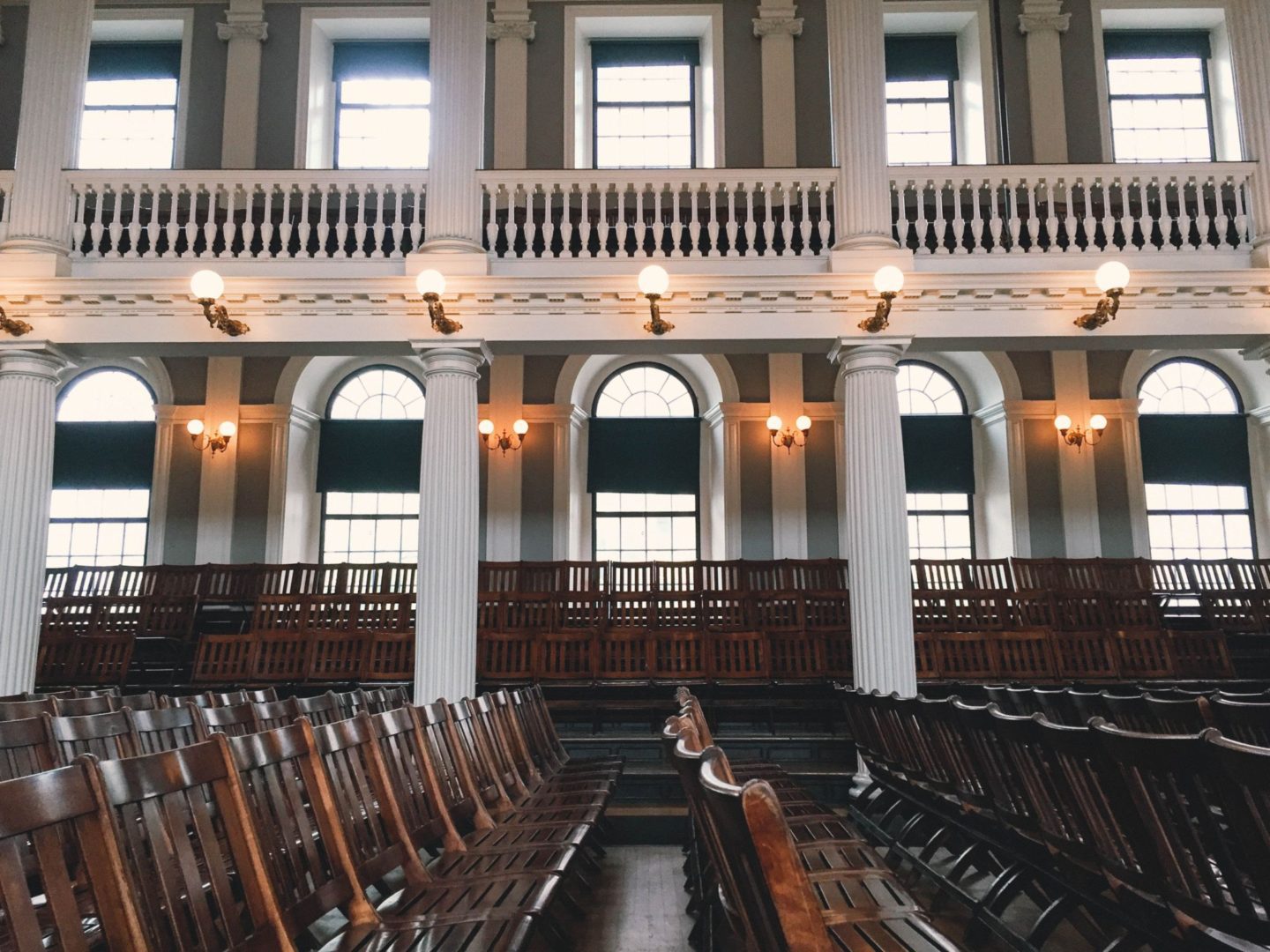 In the Bible, God distinguishes himself as our defender in every sense of the word. He wants and expects us to turn to Him when we need help. How are we to act when conflict escalates beyond what we can contain by ourselves? We can look to self for strength, or we can look to our Father to resolves especially the most difficult of issues. When we look to self, what we are doing is what the Bible describes as trusting the arm of the flesh. When we turn to man or such help, the Bible says we are cursed in Jeremiah 17:5 “Thus says the Lord: Cursed is the man who trusts in man, and makes flesh his strength, whose heart departs from the Lord.” Who then, are we supposed to turn to when it all gets to be too much for us to handle by ourselves? The answer is, God himself; “I will defend you. I will be your lawyer. I will plead your case. I will take on those battles” Jeremiah 51:36. 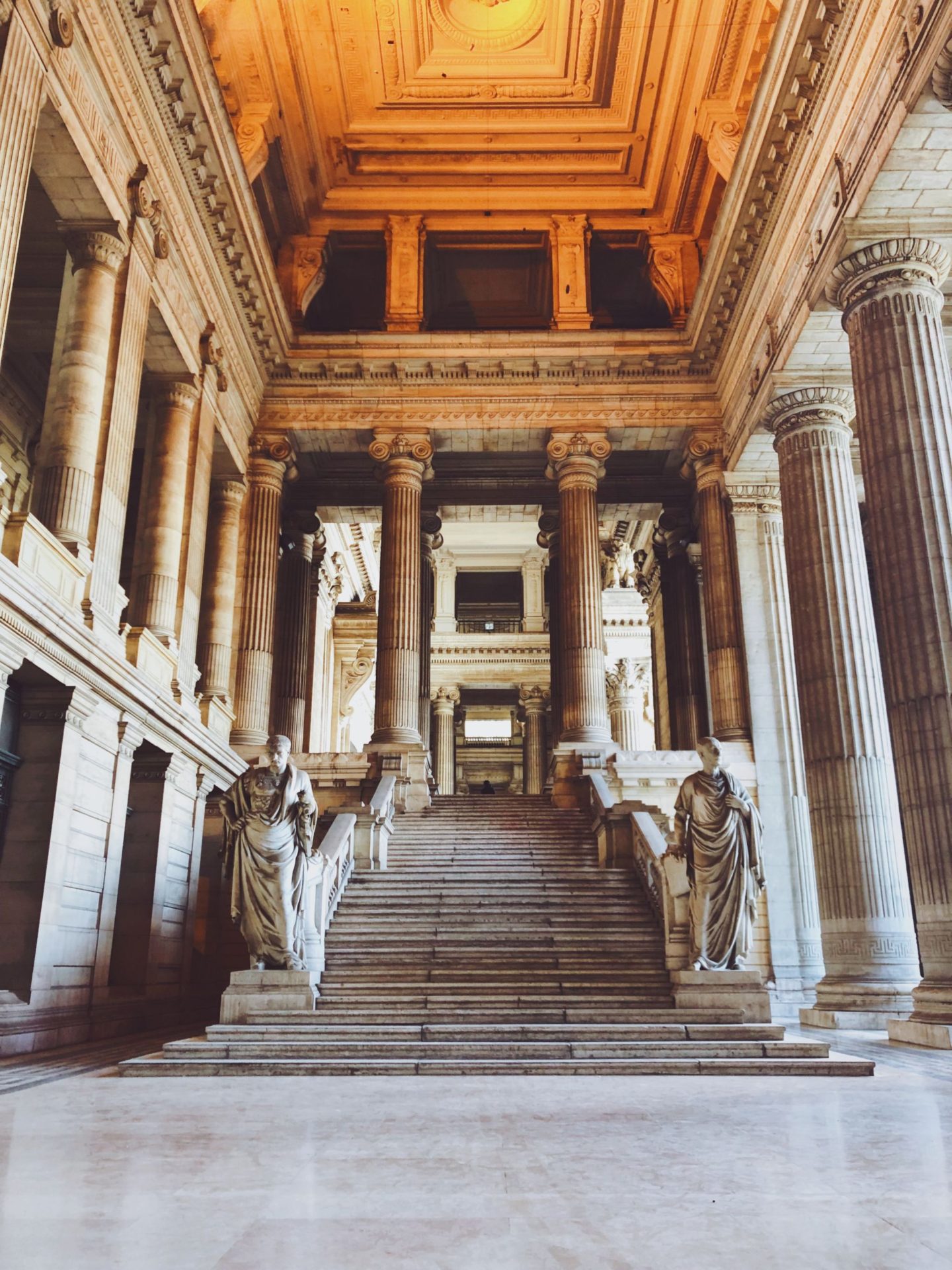 His word reveals Him as our refuge and our strong tower; expounding on how He is our wonderful counselor and wants us to turn to Him for wisdom and wise counsel instead of dragging each other to courts of men. “The very fact that you have lawsuits among you means you have been completely defeated already. Why not rather be wronged? Why not rather be cheated?” 1 Corinthians 6:7. God’s word through the apostle Paul tells us that it’s better we let ourselves be taken advantage of, than to drag each other to court. Yet the truth is that there is no stronger defense than having God in our side. He assures us in Jeremiah 51:36 “I will defend you. I will be your lawyer. I will plead your case. I will take on those battles.” 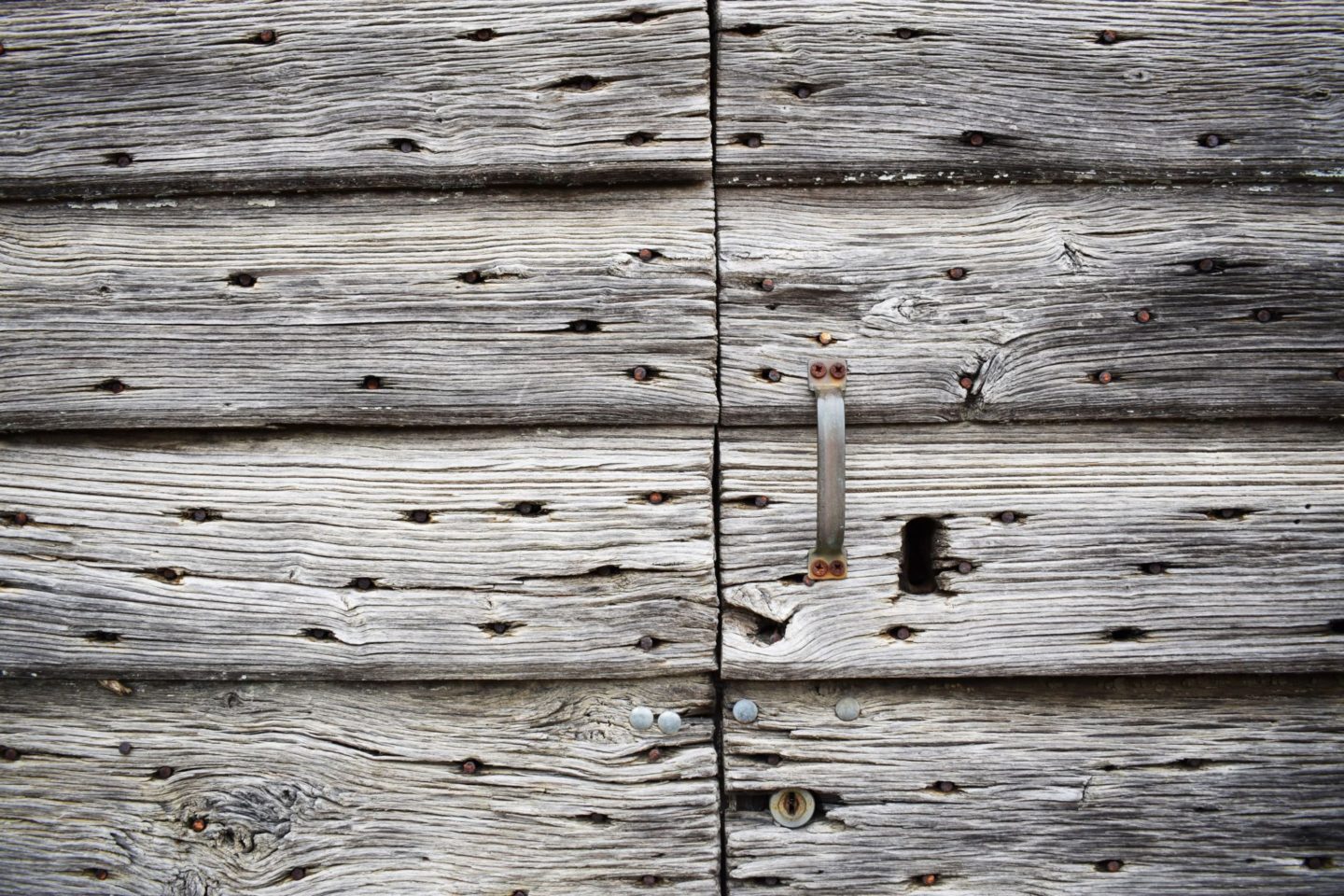 If there’s two to pick from, my Father will have us pick last. In Genesis 13 when Abram and Lot had to separate as their servants were quarreling of grazing land for their herds, Abram let Lot pick first. Lot chose for himself the well-watered lush plains of the Jordan and set off to the East (v10-11), leaving Abram what was leftover, Canaan (v12) and even with that, God reaffirmed His promise to Abram and blessed him beyond what he had imagined., giving him the length and breadth of the land and uncountable offspring. 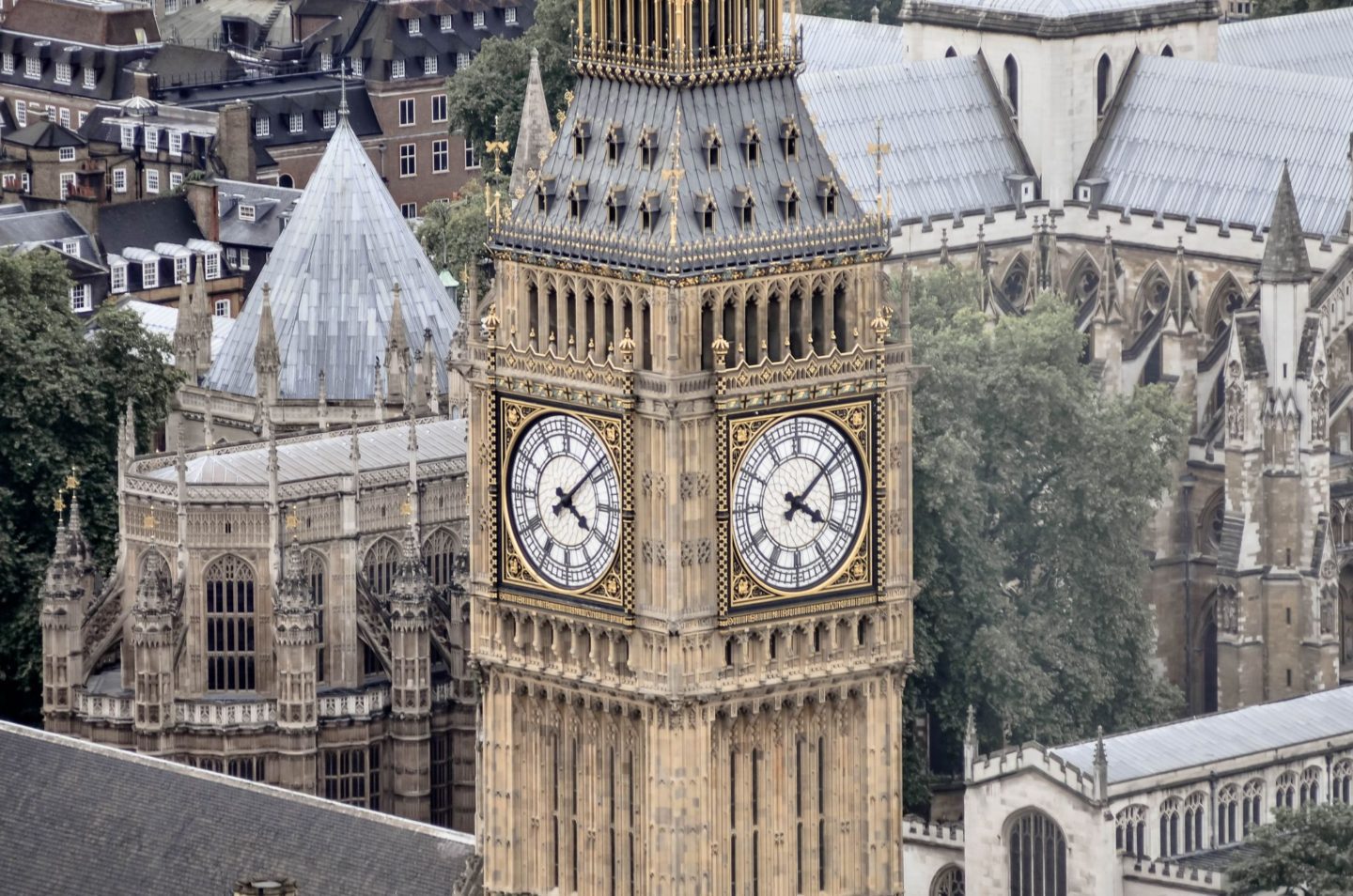 While the world’s way is always looking out for self, the Father’s way implores that we look out for others. In all my words and actions, am I my brother’s keeper? Selah. Paul implores us in Philippians 2:1-5: ‘Do nothing out of selfish ambition or empty conceit, but with humility of mind, let each of you regard one another as more important than himself; do not merely look out for your own personal interests, but also for the interests of others’. 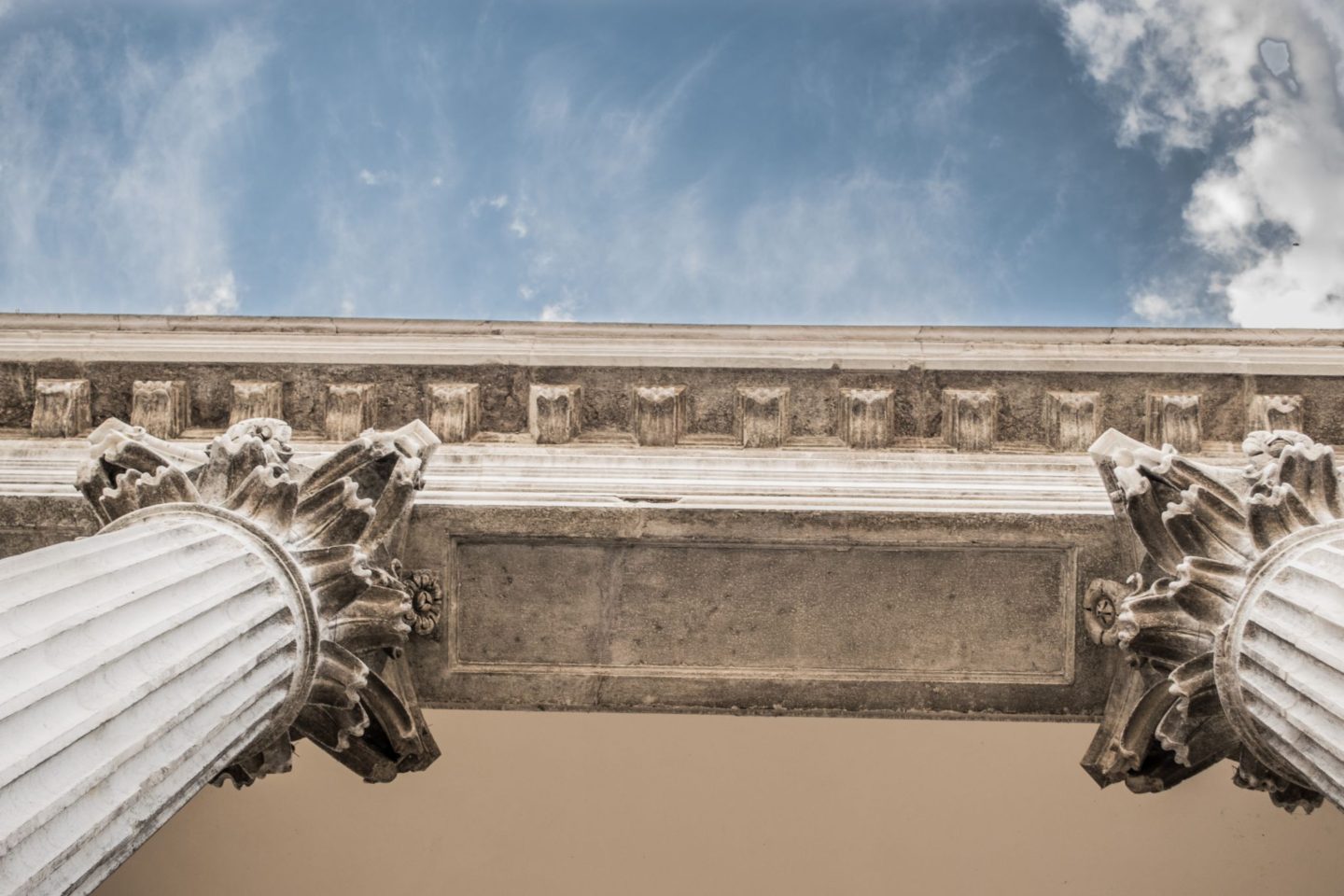 The way of the world is to go to great lengths to defend ourselves and gain the upper hand, control the situation, justify our position, shift the blame, grab the best for ourselves, apportion the blame, demand half, get lawyers, hide behind lawyers to do our dirty biding, blame said lawyer, anything as long as we come out on top. Yet my Father’s way says to turn the other cheek instead (v39). That when someone snatches my coat, He proposes that I give them my shirt too (v40). When we are being slandered, Jesus gave us the example when “like a sheep silent before her shearers, he did not open his mouth” Isaiah 53:7. “I will defend you. I will be your lawyer. I will plead your case. I will take on those battles” -Jeremiah 51:36 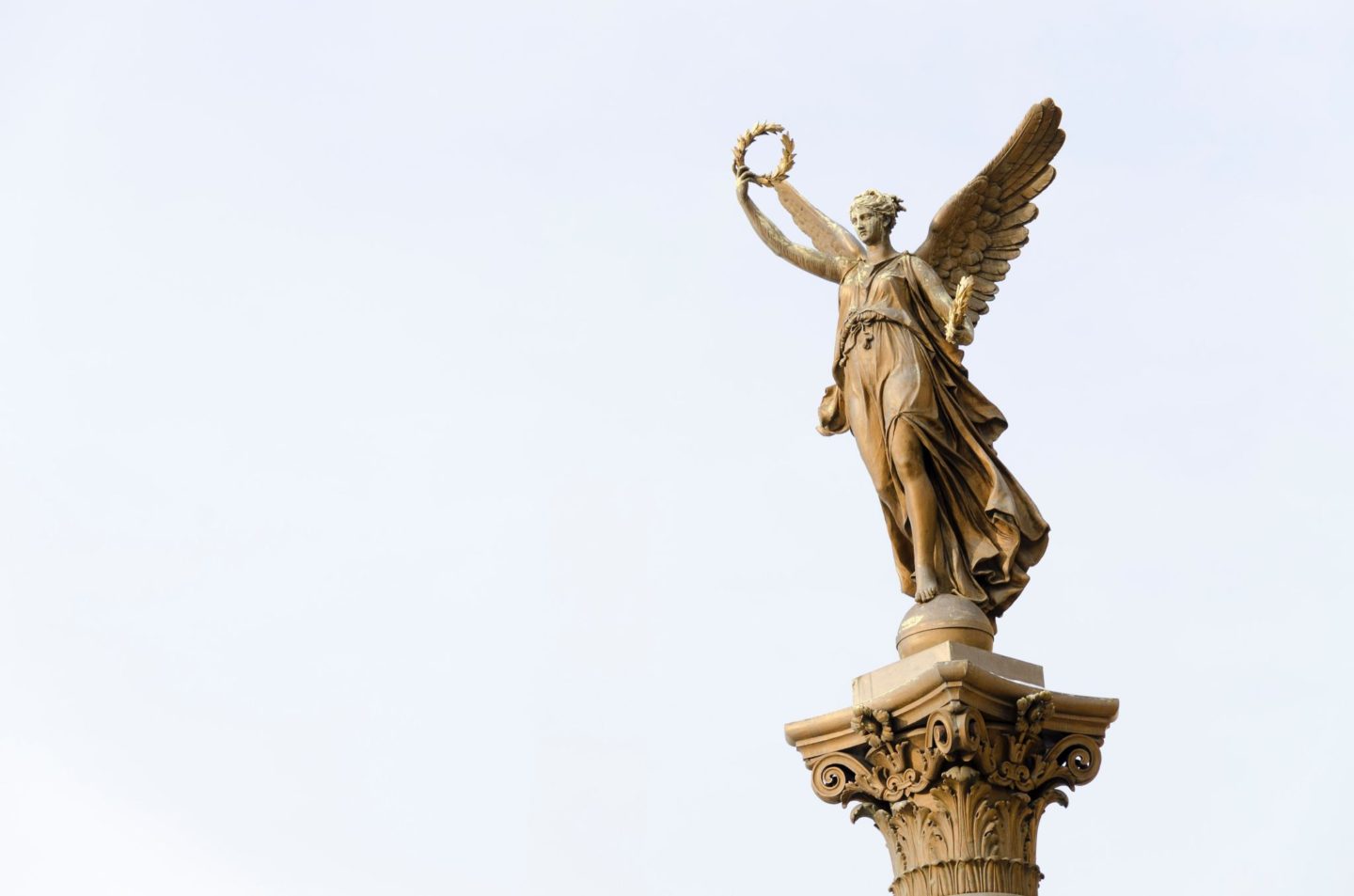 When it comes to revenge and the human tendency to avenge hurts, slights, offenses, etc., my Father instructs us to “not repay evil with evil or insult with insult. On the contrary, “repay evil with blessing, because to this you were called so that you may inherit a blessing” (1 Peter 3:9). Bless those who persecute you, bless and do not curse (Romans 12:14). Verse 19 pointedly instructs us to “never take revenge, my friends, but instead let God’s anger do it. For the scriptures say, “I will take revenge, I will pay back, says the Lord.” And neither should we gloat when our perceived enemies stumble or fall “lest the Lord sees and disapproves and turns His wrath away from them” (Proverbs 24:18). Choosing between my Father taking action on my behalf versus me taking matters in my own hands, I choose the latter any given day and twice on Sundays; woe to the person that thinks they can do a better job on that than God. 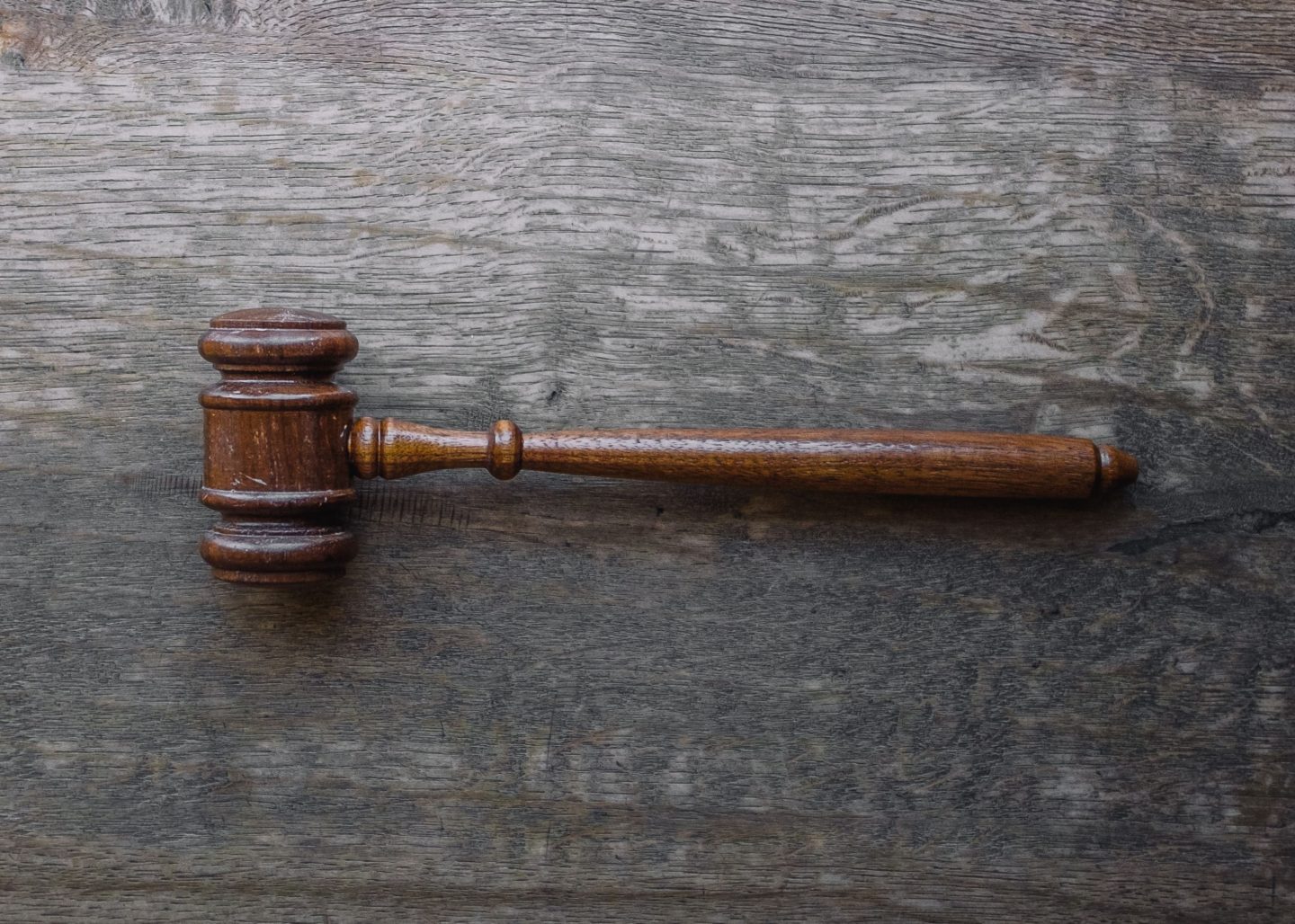 God’s word is clear that vengeance is God’s not ours. “not returning evil for evil, or insult for insult, but giving a blessing instead; for you were called for the very purpose that you might inherit a blessing” (1 Pet. 3:9). “But I say to you who hear, love your enemies, do good to those who hate you, bless those who curse you, pray for those who mistreat you” (Luke 6:27–28). “But I say to you, love your enemies, and pray for those who persecute you . . . for if you love those who love you, what reward have you? Do not even the tax-gatherers do the same?” (Matt. 5:44–46).

“Rejoicing in hope, persevering in tribulation, devoted to prayer . . . bless those who persecute you; bless and curse not . . . Never pay back evil for evil to anyone. Respect what is right in the sight of all men. If possible, so far as it depends on you, be at peace with all men. Never take your own revenge, beloved, but leave room for the wrath of God, for it is written, ‘VENGEANCE IS MINE, I WILL REPAY,’ says the Lord. But if your enemy is hungry, feed him, and if he is thirsty, give him a drink, for in so doing you will heap burning coals upon his head. Do not be overcome by evil, but overcome evil with good.” (Rom. 12:12, 14, 17–21). And that is how we come out on top. If it seems we have won by the world’s standards, then we have surely lost in God’s kingdom, “for the wisdom of this world is foolishness before God”, 1 Corinthians 3:19. 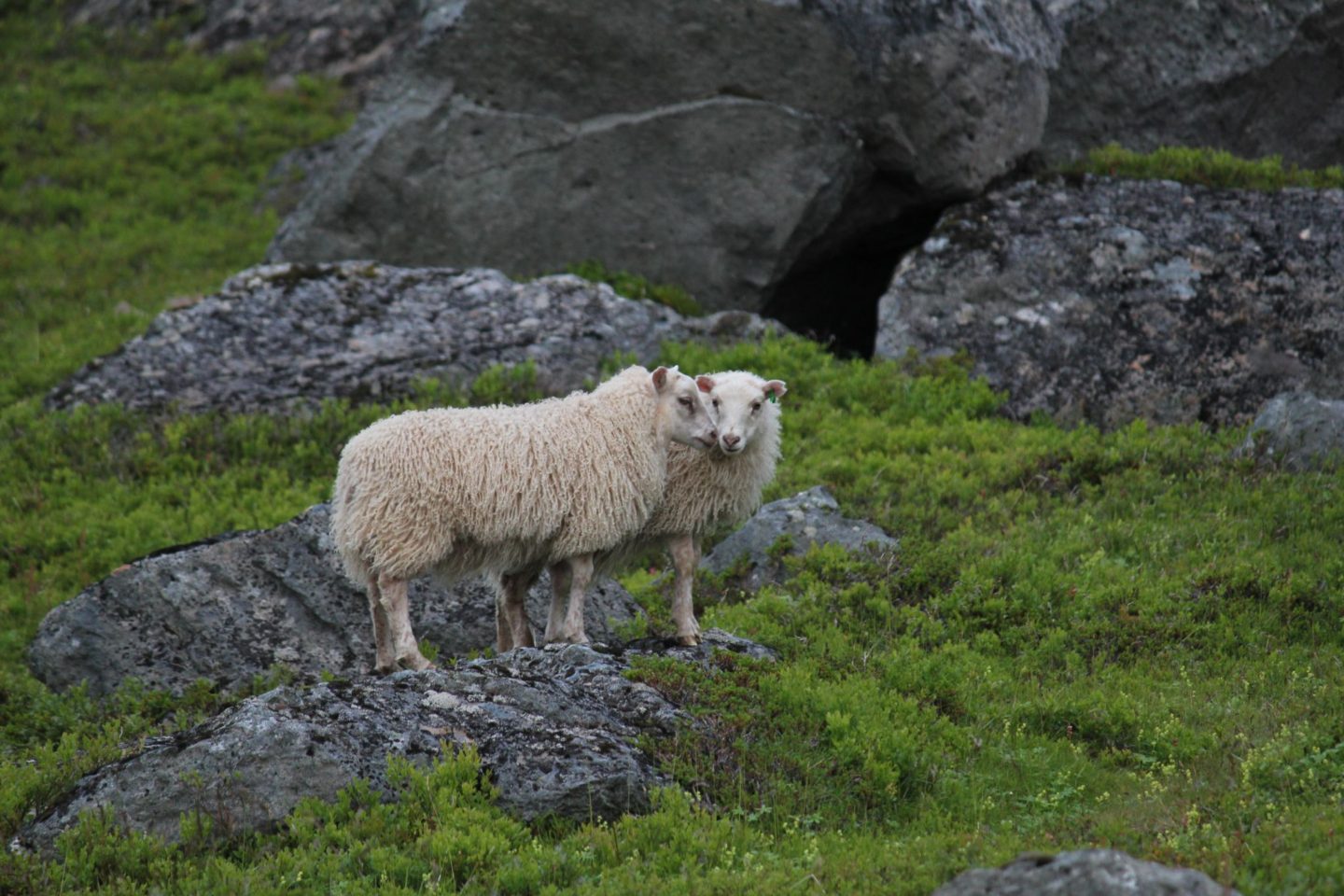 My Father acknowledges that He’s sending us like sheep among wolves and urges us to be as shrewd as snakes yet as innocent as doves (Matthew 10:16); a balancing act that requires tight rope-walking skills, an understanding mind and a hearing heart (1 King 3:9). Still, He wants us to live our lives looking for opportunities to bless others, including those who oppress us. “And let us be considerate of how to stimulate one another to love and good deeds” (Hebrew 10:24). He wants us to acknowledge Him in all our ways so He may direct our paths (Proverbs 3:6) in achieving this balance. 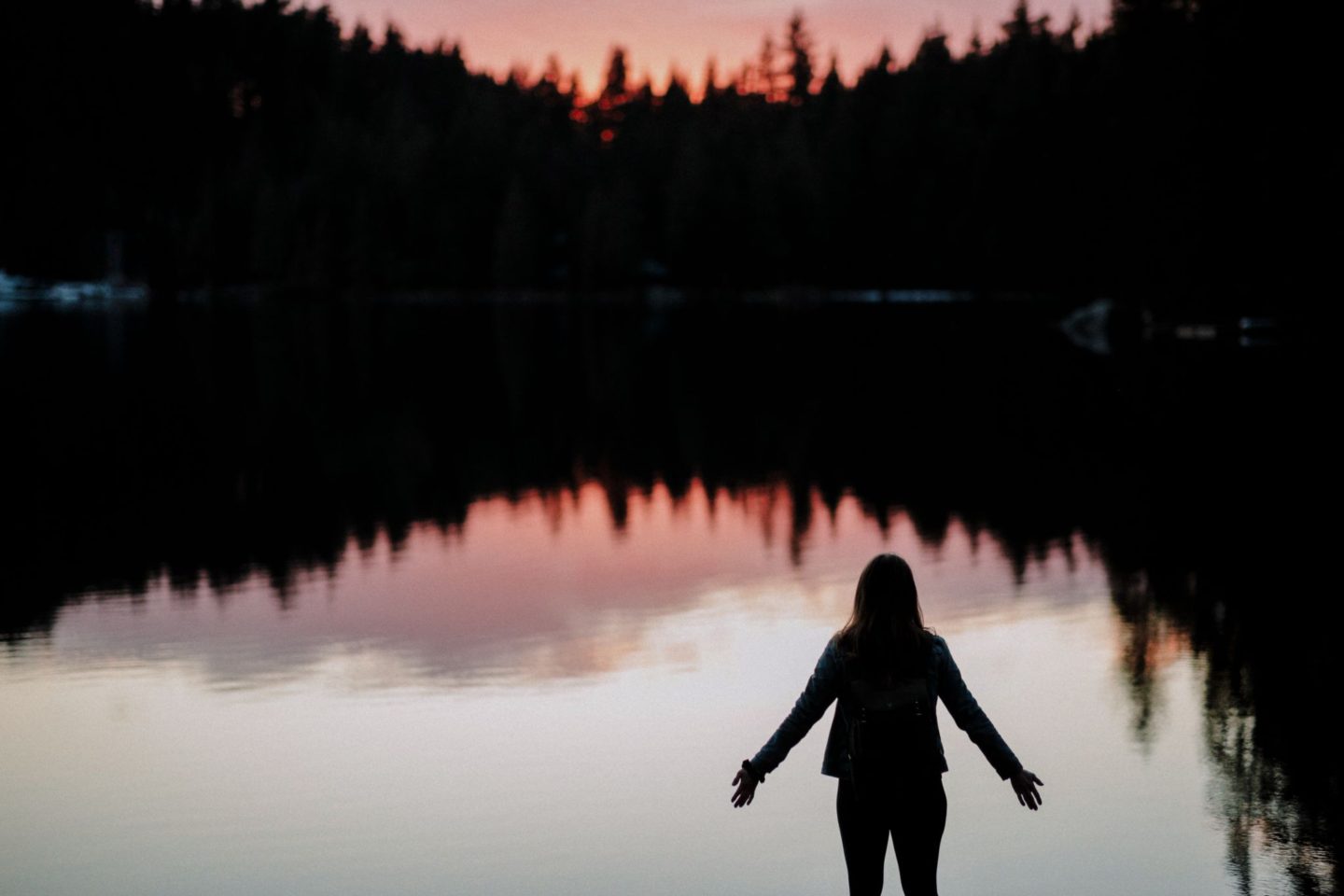 There is freedom is laying down our arms and not defending ourselves against any accusations. We must become quite the experts when it comes to sidestepping accusations, or even apologizing when we know the accusations are false. It feels risk and vulnerable, unwise even. Yet we are assured in Proverbs 17:28 that “Even a fool, when he keeps silent, is considered wise. When he closes his lips, he is considered prudent” We have to trust our Father’s word, and that He will ultimately defend our honor for His name’s sake. We can agree with our enemy precisely because we are secure in our identity in Christ. We can do this to quell another’s pain; it’s part of turning the other cheek. If we truly die to self, there should be no self to offend. After all, we’ve been called “to be well-pleasing, not argumentative” (Titus 2:9). 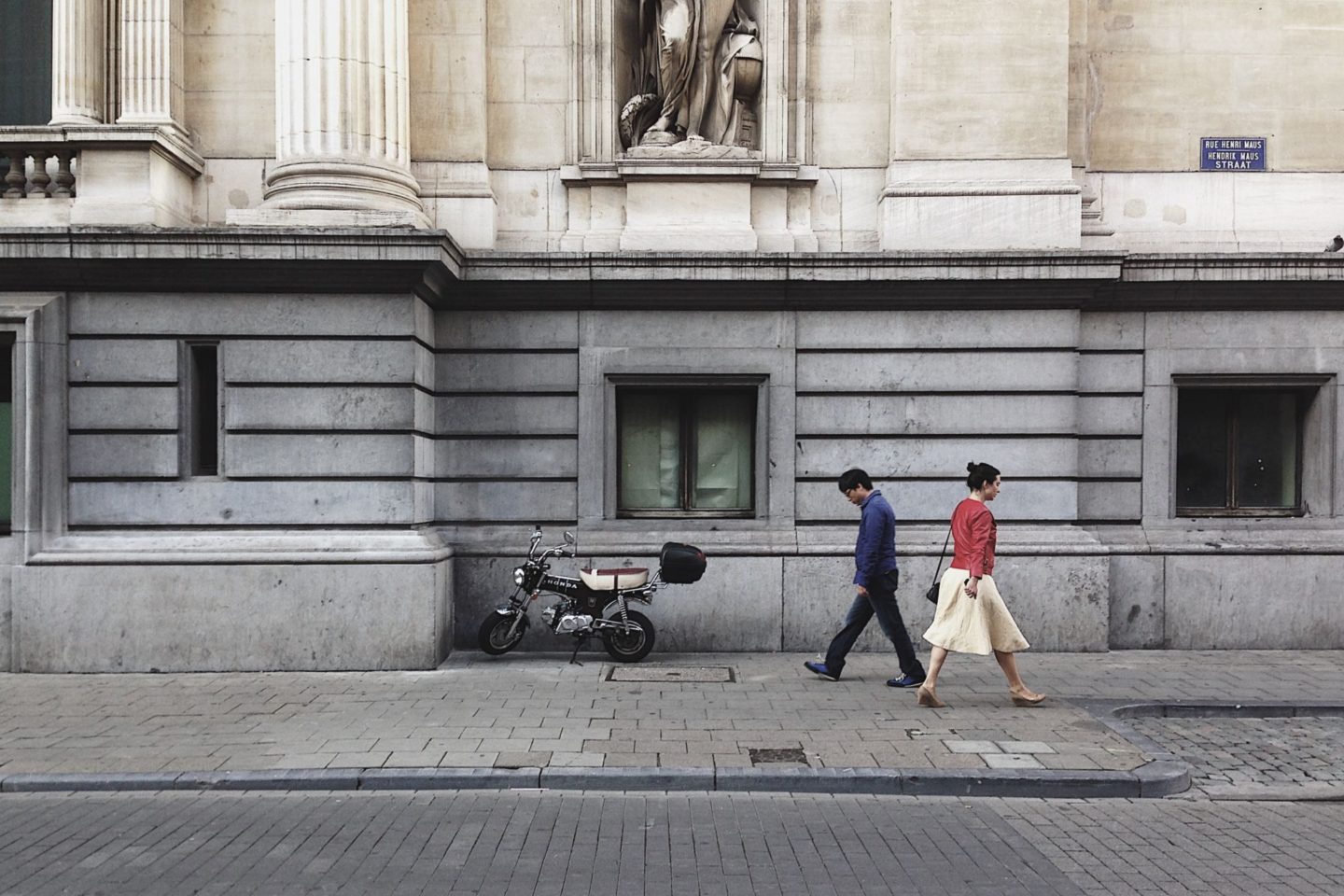