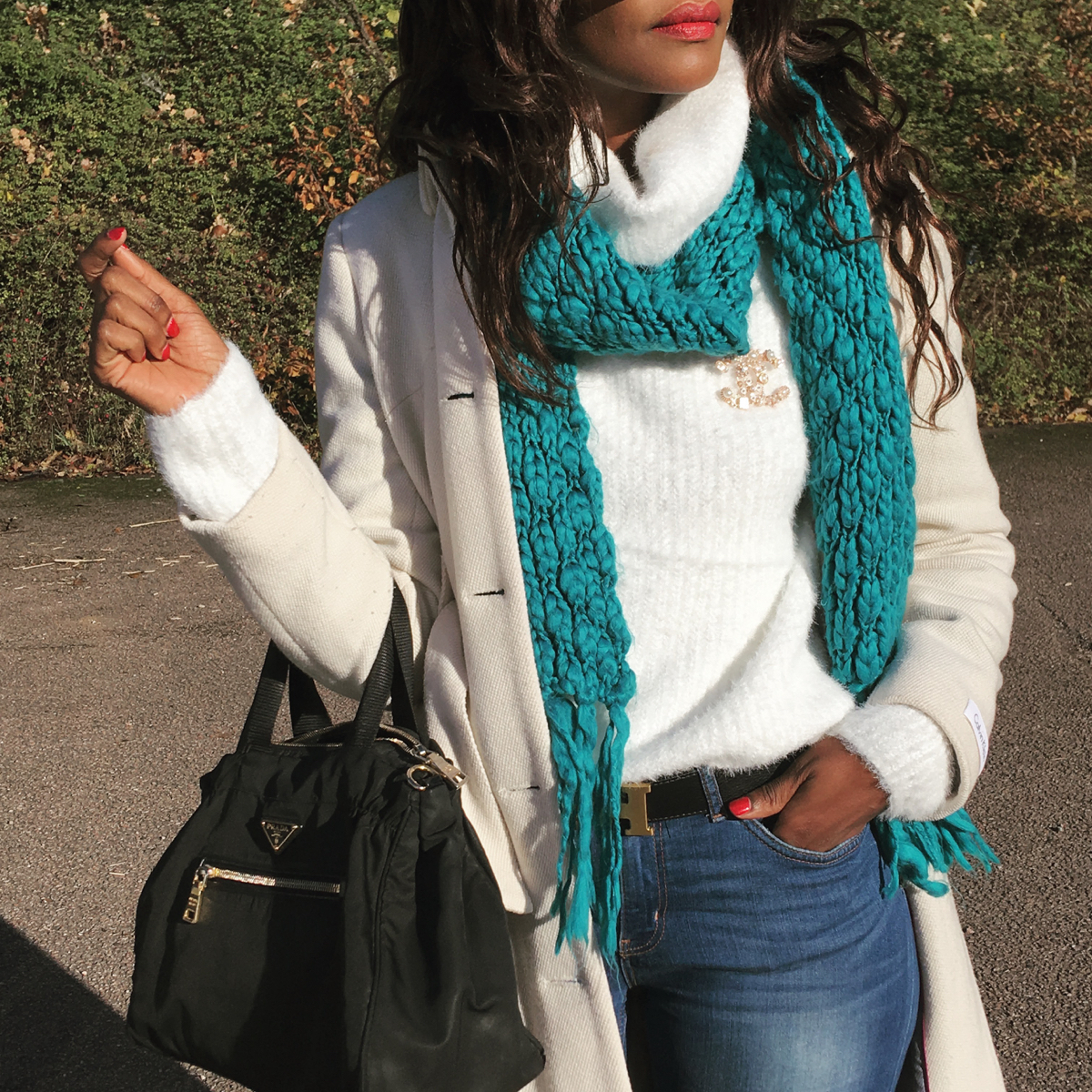 Today started out at a slower pace. For one, I didn’t wake up until 0900. Mr. Grey and I had a lazy morning in our hotel room chit chatting over our morning tea. We skipped breakfast coz we knew we had a large meal scheduled for later in the day and wanted to make room for the all-important Sunday pork roast dinner.

Noon saw us walk out the door to pick up Rachael and off we went into downtown London to have a tourist-type day visiting all the landmarks at Rachael’s request as it’s been a while for her. Having been advised to get on the train to avoid parking and tariff problems, we jumped on the over-ground all the way to West Minster and onto Oxford Street where our day began in earnest. We picked up a couple of scarves –my apparent autumn vice, and headed out to tour London city.

As darkness quickly fell, only at 1430, we found our way to Piccadilly Circus and took some pictures then meandered about the streets taking in the views and drawing inspiration from the Square Mile of the city of smoke. Temperatures had dropped considerably today compared to yesterday –hence the scarves addition to our outerwear as we had underestimated the chill in the air.

We then got onto the underground and headed to southwest London to Vauxhall where we leisurely made our way to The London Eye on the South bank of the River Thames. As usual the place was abuzz with tourists snapping pictures so we joined in the fun and snapped a few pictures ourselves.

Not too far from the Ferris wheel was Big Ben clock at the north end of the palace of Westminster. Standing there majestically over the Houses of Parliament and Elizabeth Tower, Big Ben stood silent today. This is owing to the ongoing restoration work for the past three months since August 21st this year as the clock undergoes essential repair work expected to last four years. It did however chime yesterday in honour of fallen soldiers who died in the World War One. 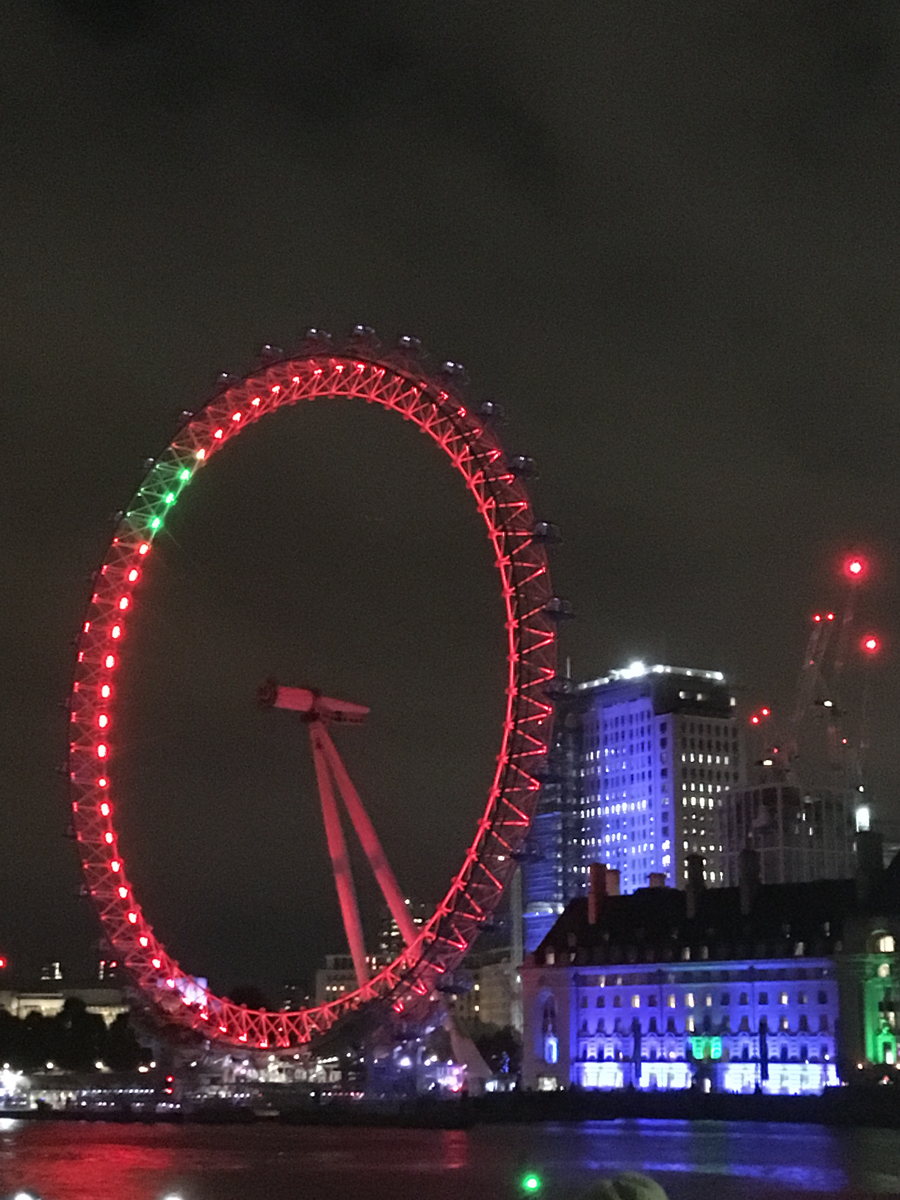 My eyes were bigger than my stomach coz I filled my plate with everything that was on the menu, then passed it on to Mr. Grey to polish off once I’d had my fill; something he’s come to accept as part of his husbandly duties –clever guy. We chatted away for about two hours over a dinner of Yorkshire puddings, mash potatoes, fried potatoes, peas, carrots, onion gravy, cranberry sauce, turkey and beef slices.

At midnight, the night was still young. We made our way to the Hilton and settled in for another two hours over drinks and chit chat. And another 30 minutes in our hotel room. All simply because saying goodbye is difficult. You see, we are leaving back for the US tomorrow. In a sense this was a final dinner and we were all suffering from separation anxiety. We did eventually hug goodnight and goodbye at about 0200, upon which I then set out to write this content.

The time now is going on 0400. Hubby just got back from seeing everyone off. I did a pretty good job of parking my suitcase yesterday so I won’t have much to do when I wake tomorrow up. I’m both tired and sleepy but wanted to write this post while still here in the U.K. I’ll also throw up a few pictures we took on our phones, of which I’ll update once we’re back in the US and I’ve had time to download the pictures on my SD card onto here. 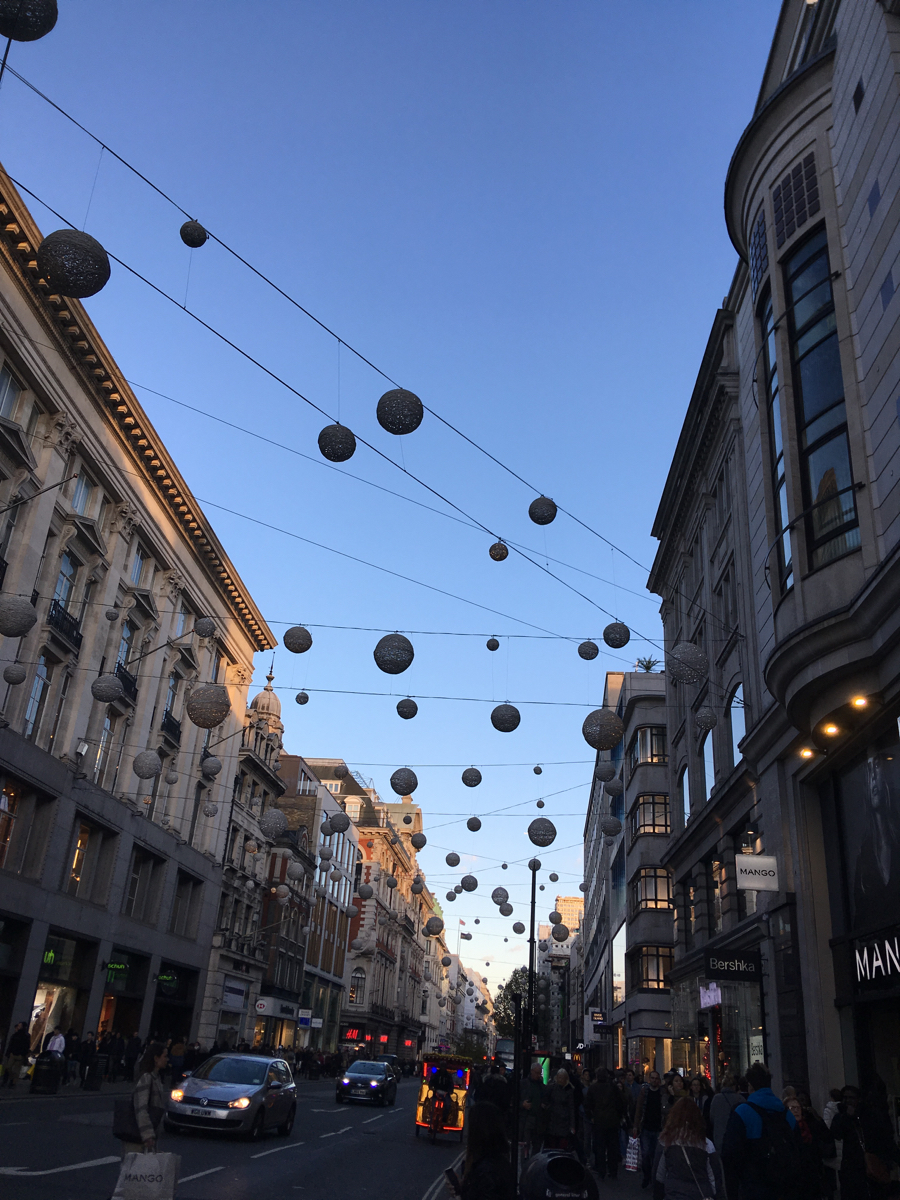 For today, it’s goodbye from us from London. We hope you enjoyed reading about our adventures in London U.K. The next post you’ll read from us will be from the US. What an amazing week this was. God has been good. Cheers, Grey xoxo